If I asked you why you wanted to succeed, what would you say? Would it be because of some innate desire to prove yourself? Or possibly because you want to achieve a childhood dream?

What about because you think it will be sexy?

Before you jump all over my wording, imagine your ideal world AFTER you succeed.  Is it a world surrounded by dinners with well connected people, a $500k sports car in the driveway, and a former supermodel wife?

Now, obviously these are extreme examples, but if all you think about succeeding for is for the trappings it comes with, then you are addicted to the sexiness of success.

…which is a shame, since there is ZERO sexiness in success. Don’t get me wrong, all of those things I mentioned would be fantastic additions to most people’s lives (At least the sports car-supermodel crowd) but focusing on them as your reason for success undermines the very foundation of your goal. 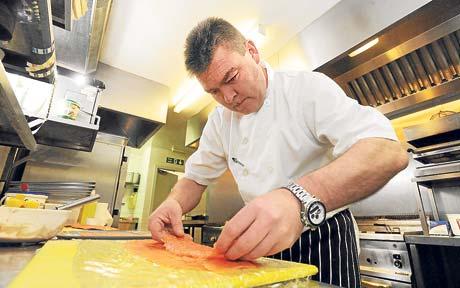 Source
One place that this addiction to success’ sex appeal can be easily seen is in the restaurant world.  The following quotation from a Wall Street Journal article puts it nicely when it says:

People often have romantic ideas about [starting a restaurant]. They think they’ll be able share their passion for food with patrons who become like family, all while earning a tidy sum. And with so many cooking shows flourishing, people may be dreaming even bigger these days, picturing themselves as the next celebrity chef.

The reality, of course, isn’t so glamorous. Restaurant owners often have to deal with angry customers, unreliable wait staff, greedy landlords, unannounced visits by city health departments, cash crunches, and so forth.

How to Open a Restaurant

It’s not that those glamourous things can’t come, just that by focusing on them as your end goal, you tend to ignore or underestimate the work and planning that needs to go into your goal.

So, instead of getting caught up in the sexiness of your yet-unobtained success, reframe your goal to be something actionable – IE “Create the coolest sushi bar in Midtown Manhattan for under-30’s to gather,” or, “The first authentic British pub in Hell, Michigan.”  In either of those cases I can think of specific steps I can take to start to make those things happen.

Yes, money and things are nice, and I’m not saying that you have to work your ass off long after you’re considered a success, but without a clear way of getting to a point where money and things come to you the best thing to do is to keep honing those goals, and, most importantly, keep working!

Has there ever been a time when you’ve been suckered into lusting after success for the wrong reasons?  Let me know in the comments.