In working with my private career coaching clients, I’ve come across – what amounts to – every single personality type imaginable.  From those who can’t live without working and will take any job that comes their way, to those who really don’t want to work and just want to get a job so that their bills get taken care of.  Each of these ways of thinking has its unique strengths and weaknesses. For instance, those who will take any job that comes along tend not to be the best as discerning the best long-term plan for themselves, and those who just need to pay bills tend to be very efficient at making career decisions since their list of criteria is so low. 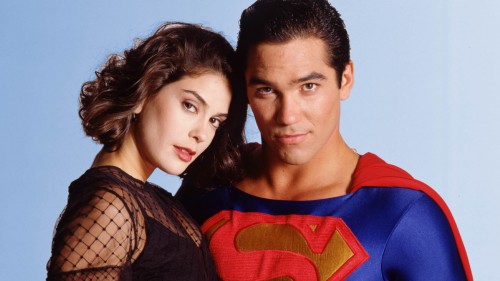 Exhibit A – A Picture of Lois and Clark for reference. (Note: my clients may have looked slightly different than this)

(Note: For the purpose of confidentiality, the names and any personally identifying information about these clients has been changed, but the message of their approaches remains.)

Lois had lost her job – with a firm she had spent more than a decade with – the year prior and came to me after doing some on-again-off-again consulting to help ends meet.  She didn’t flinch when it came to money and paid up for a month of coaching before I had even finished telling her my goals for her if she came on board as a client.  She seemed like your classic Type-A personality, driven and shrewd, determined to regain a footing in the job market…or so it seemed.

After working with her for just over three months, it became clear that her initial desire not to even hear out my goals for her in our first meeting might have been the first sign of a deeper issue: She didn’t actually want to listen to anyone or do any work herself.  After almost 100 days, she still had not completed some of the targets I had set her on day one.  And, despite telling her to focus on building connections and strengthening her personal network to help her get a foothold, she would come back to me week after week asking what words she should use on her LinkedIn profile or on her résumé.  And despite my informing her that her résumé was great, she continued to insist that there was some magic formula that she just wasn’t getting, because – as she would tell me – “no one was calling [her] to offer her anything yet.”

And every time I dug deeper, she would admit that she wasn’t using my methods, instead she was single-mindedly focused on me giving her words that would make strangers call her and offer her jobs.

...I shit you not.  She was so used to being in control at her old job that she failed to recognize that you’re not in control of the job market.  You can change the rules and alter how you approach it, but at the end of the day, you have to play the game to win.

Around my hundredth day working with Lois, Clark enters the scene.  He had talked to me a few months prior and decided instead to try his hand in the job market himself.  I gave him a few tips and off he went…only to come back saying that he hadn’t made any progress.  So I welcomed him on board and off we went.

By our second session, it was immediately clear that Clark got it.  He made one major change to his résumé and agreed that we wouldn’t revisit it again unless we absolutely needed to.  He had taken my goals and checkpoints I laid out for him seriously, and came back with them accomplished, even though most wouldn’t pay off for a month or two.  He understood why front-loading the work like this was important.  Finally, the other thing that made our second session so incredible was that he had landed an interview with a company he was interested in and now wanted help preparing for it.

That’s right!  In one week, he had gone further than Lois had gone in over 3 months! (Let that sink in)

He ended up not taking that opportunity, but continued to field interviews and offers consistently…and we never once spent more than 5 minutes discussing the “right words” to use.

These encounters changed how I perceived every client since.  I now subconsciously group people as “Loises” and “Clarks.”  And would gladly trade a thousand Loises for a single Clark.

Clarks understand the value of front-loading their work so that when they’re busy they don’t need to worry about it.

They understand that no one owes them anything and that their past job doesn’t grant them some right to any job.

Most importantly, they understand that it’s better to try and fail than it is to never try at all.

Lois would constantly give me reasons why my techniques wouldn’t work, but Clark would tell me he didn’t know how something was going to help him but was willing to try it anyway since what he had done prior clearly wasn’t working.

So, the next time you have a major goal that you are facing, ask yourself whether you simply waiting to see if something happens and not doing any work, using the “if you build it, they will come” approach. (Most of the people I know who start online businesses do this and then wonder why no one is buying their stuff)  If you are, ask yourself: WWCD.

What Would Clark Do?

So, are you getting in your own way on your road to success or are you blazing your own trail?