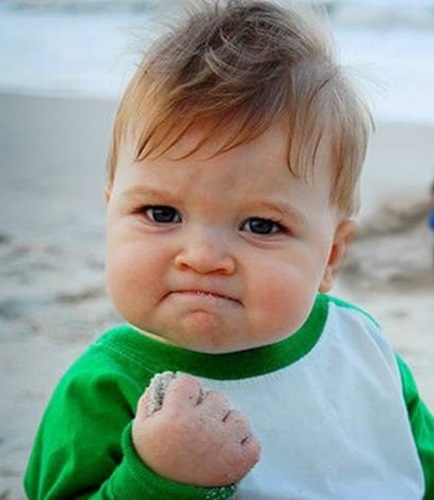 They start innocently enough, we see an interview with Mark Zuckerberg talking about how many users Facebook has or hear about Richard Branson taking Virgin across the UK in a matter of months…both before their 30th birthdays.  You feel like you missed the boat, you feel like somewhere along the line you missed the magic moment to make yourself into a billionaire.

Despite what their Wikipedia pages and bios might say, they did not become successful overnight.  Here’s the secret of truly successful people: They put tons of time, effort, money, connections, and equity (in all its forms) into becoming a success.  So, why don’t they mention all of this time and effort when discussing it later?  There are a few reasons.

The first reason might be that they’re hiding something.  Most successful people like to have a linear narrative about their success.  I recently read a book about a successful speaker who made many millions in only two years after quitting his job.  He constantly tried to spin this as an example of the power of his message and his innate marketing ability.  However, when reading between the lines, it became quite clear that what he had actually done is leveraged contacts he build up as a corporate trainer.

…It’s not magic, but it’s also not as strong of a story as an everyman, bravely quitting his job to spread an inspirational message he believes in.

The second reason, might just be that they don’t remember the time and effort it took.  It may seem counterintuitive, but the more time and effort you put into a successful venture, the less of the effort you remember.  Why?  Because the payoff makes it worthwhile.  It’s why I encourage you to set smaller, discreet goals to get some successes under your belt early.  It’s not just for momentum, but also because it forces you to focus on the “why” rather than the “what” of what it is you’re doing, which will help you keep moving forward instead of getting bogged down with the work involved.

The reason it seems so counterintuitive is because most of us frame this idea of time vs. payoff with examples of your own failure, as they’re the more powerful memories.  With failures, since there is no payoff, you’re left to dwell only on the effort you put in, which will discourage you.  Instead, think about some success you’ve had: Getting your driver’s license, your first kiss, getting your first job.

In all of those cases, I can almost bet that looking back you barely remember putting any effort into those things.  You may recall a few driving lessons from your dad, a few false starts with the girl of your dreams, or a few nights spent writing cover letters, but overall, what you focus on is the feeling of accomplishment.

So, I challenge you to put away the martyr act.  Stop playing the victim.  If you’re reading this, then you clearly want to change.  So, stop asking “why not me” and start doing.  If you don’t you’ll never be a success, let alone an overnight success.  And why you make it, you can make up any story you want about how you got there…don’t worry, I won’t tell. (So long as you give me a shout out)

You may not be able to be an overnight success, but you can start to be successful overnight, so what is one thing you can do by this time tomorrow to start succeeding.  I want real goals, and then I want you to do them.  Let me know in the comments or by email what you’re going to do.